Yesterday, Federal Reserve Chair Jerome Powell testified before the House Select Committee on the Coronavirus. Prior to the hearing, the Committee released a staff report that documented how the companies whose bonds the Fed has purchased have treated dividends and layoffs. What did they find? Well, in the words of Powell himself, "It doesn't sound good."

The Committee found that the firms whose bonds the Fed purchased through the Secondary Market Corporate Credit Facility (SMCCF) laid off one million workers total since March. 95 of the firms paid out dividends to their shareholders despite laying off workers. And 227 of them have been accused of illegal conduct, including:

During the hearing, Majority Whip and Select Committee Chair James Clyburn used his opening statement to point out the disparities between the Fed's drastic rescue of Wall Street and comparative and ongoing struggles on Main Street.

Rep. Clyburn also asked Powell if the Fed was properly fulfilling its Maximum Employment mandate. Clyburn noted the report found of 1 million layoffs at firms who the Fed bought bonds of. "That doesn’t sound like maximum employment to me," Clyburn told Powell.

In his response, Powell admitted "It doesn't -- it doesn't sound good, but let me explain it a little bit." He then stressed that the amount of bonds they purchased of each firm was "very small," that they purchased bonds and didn't loan any money, and argued that "we didn't ask their permission" and companies "would have opted out" if the Fed had asked in advance if they wanted to Fed to buy their bonds.

The Fed is the largest central bank in the world. When the Fed buys a company's bonds, it is a signal to the market that this firm is safe enough for the Fed to purchase it. The company gets the implicit seal of approval from the Fed, and additional confidence of other market participants that are watching the Fed's every move.

It's also wrong of Powell to imply that companies would have opted out, given that the Fed changed its own rules to make it so companies could neither opt out nor opt in. Back in April, the Fed did, in fact, ask companies to certify compliance in order to participate in the Primary and Secondary credit facilities.

Here is that language, which you can find in the April 17 FAQ for the PMCCF and SMCCF:

The Fed removed this requirement in the May version of the FAQ, when they changed their FAQ to read that bond issuers "do not need to provide certifications":

It's a very convenient argument for Powell to make that "companies would have opted out" when the Fed actually made it impossible for companies to opt in.

“No one is really benefiting”

Later in the hearing, Representative Jamie Raskin asked about the fact that there were 383 companies that paid dividends during the pandemic who were the beneficiary of the Fed’s programs. He highlighted:

In response, Powell made the claim that the companies the Fed is buying the bonds of "are not beneficiaries of the program." He again stressed that the amoung of bonds they purchased were "small" and in the secondary market. Powell also argued "we didn't want to pick winners and losers so we're buying very small amounts" and again repeated that "We didn't ask their permission."

We've seen the impact of a mere announcement by the Fed that it will buy a category of things before. After the Fed announced they'd buy ETFs tracking corporate debt -- the market poured into the EFT LQD, guessing (correctly) that this was an ETF the Fed would buy (Bloomberg reported on this here):

Powell's argument is essentially that there is a broad-based, positive impact, but only a broad-based one – it does not positively impact to the individual companies whose bonds they bought, according to Powell. (This makes me think back to my Discrete Math class in college where we puzzled over logic problems.) It's important for Powell to maintain this stance, due to the restrictions on the 13(3) lending that it be "broad-based." But I'm finding it quite hard to believe that companies are upset that the Fed is buying their bonds, and aren't seeing a real benefit – especially for the Energy firms the Fed has bought bonds of, who've seen their credit ratings tank this year:

The Fed Bought a Disproportionate Amount of Fossil Fuel Bonds

The Committee also found in its staff report that the Fed purchased the bonds of "a disproportionate number of fossil fuel companies, which accounted for 10% of the Fed’s bond purchases but employ just 2% of workers at larger companies."

The report is citing analysis from the group InfluenceMap, which has been releasing reports looking at whether or not the Fed is being sector neutral in its bond purchases. InfluenceMap looked at three separate benchmarks – employment, bonds, and equities – and found that the Fed was overweight in fossil fuel company bonds across all three benchmarks.

The report also cites two oil companies in particular for their layoffs and their illegal acts:

The Failure to Stand up a Small/Mid-size Facility

Rep. Nydia Velazquez asked Powell several questions about the CARES Act directive to the Fed to "set up a facility for truly small businesses that needed assistance." Rep. Velazquez noted the Fed failed to do so "despite having the authority." Powell argued that the PPP program was better suited to this task, because "it would be very hard to create a facility that reaches very small businesses" at the Fed.

Rep. Maloney also asked about this, wondering if the Fed needs to plan ahead for the future so they can ramp up such a facility next time. Powell again declined to really respond, and instead pointed to the PPP program.

Rep. Velazquez asked Chair Powell to commit to creating a facility directed at small business "as we in Congress intended," but Powell declined.

Powell also declined Rep. Velazquez's request to collect demographic data for the Main Street Program, noting that they "have no plans to do so" and Congress didn't require them to. Given the ongoing decimation in Black-owned businesses in particular, which are shutting down at twice the rate of other businesses that had a hard time getting PPP loans, this lack of demographic data in Main Street will leave policymakers flying blind when they try to address if policies are contining to fail minority businesses.

This is a free post from Markets Weekly, a newsletter by Alexis Goldstein on the financial markets and economic policy. To get access to all posts each week, and support the project, please signup here. 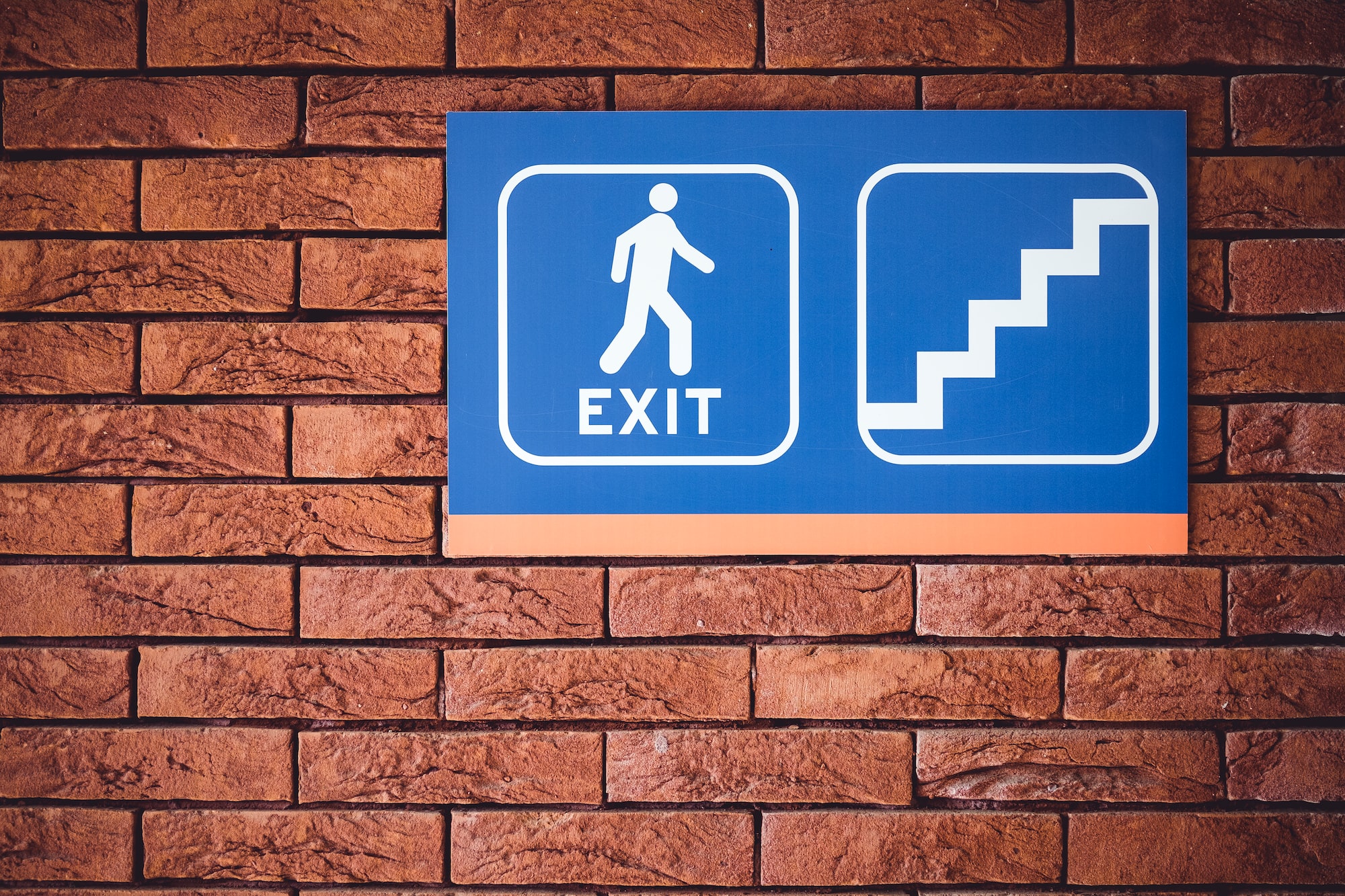 The S&P 500 Index is now 9% off its Sept 2 high, and investors of all kinds are pulling money out of equities and high-yield bonds. But that's just some of the signs of more market pain to come. 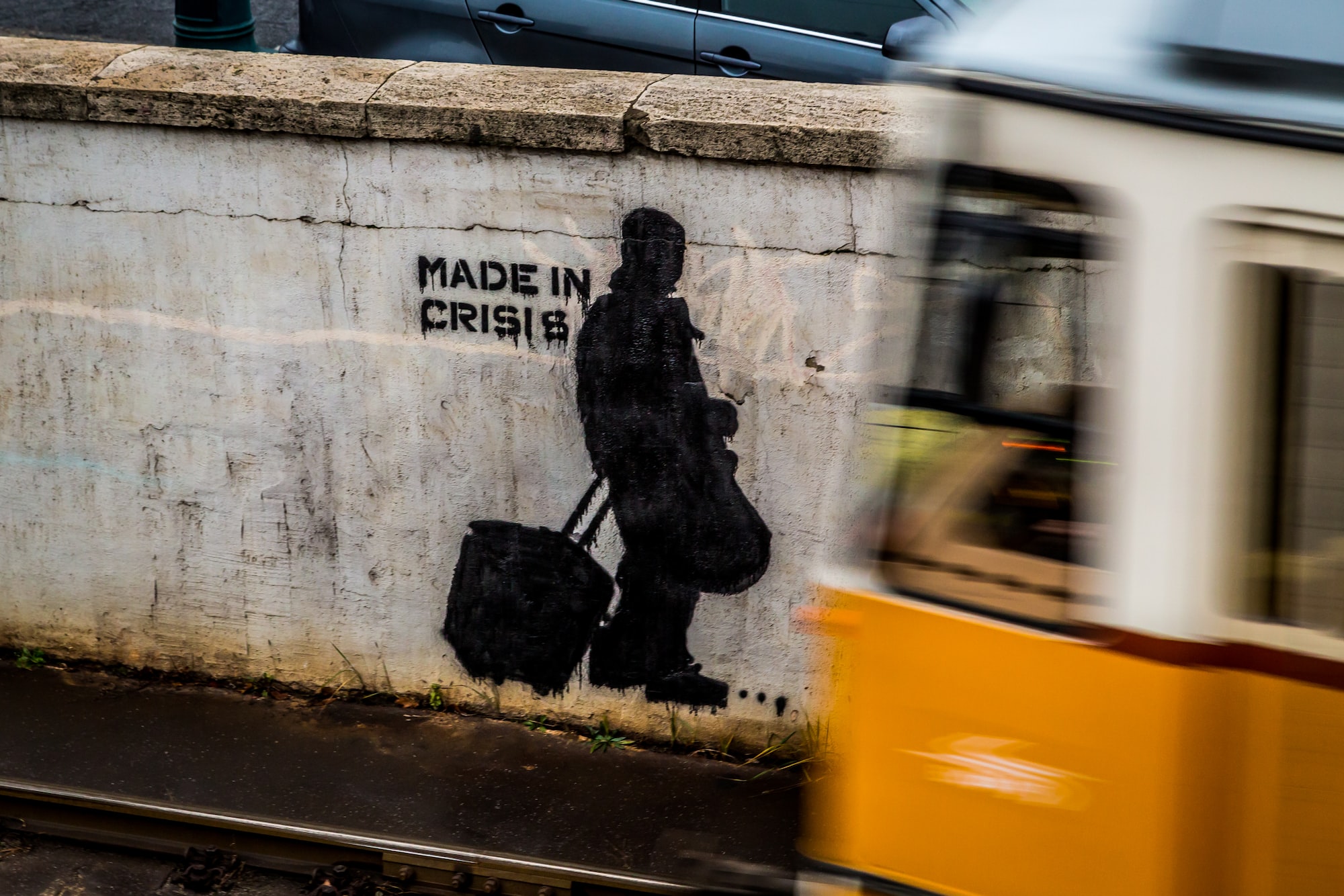 Millions of U.S. residents are struggling severely, likely to face eviction or foreclosure in the next two weeks, and often going hungry, according to the latest Household Survey Pulse data released by the U.S. Census.